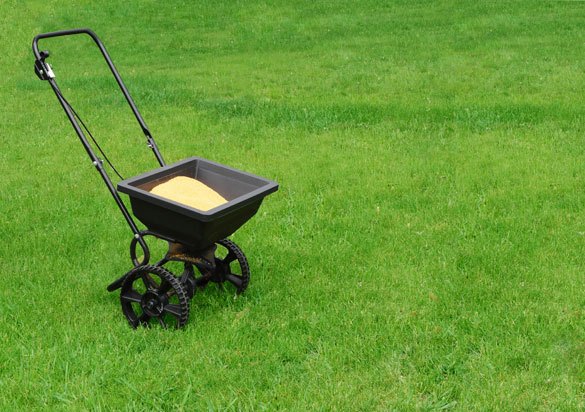 What Is Dolomite Lime?

Dolomitic lime is calcium magnesium carbonate. It has something like 20% calcium and 10% magnesium, but that can vary quite a lot.

When you buy dolomite garden lime, it has been ground into granules that can be coarse or very fine, or it could be turned into a prill, a pellet, not necessary but easier to apply.

Dolomite lime fertilizer is certainly allowed in organic gardening. It is not inherently bad, but how it is used in the garden is often detrimental.

Why Are We Told To Use Garden Lime?

I touched on this before when I talked about pH. The belief is that minerals in your soil are continuously being leached by rain and consequently your soil is always moving towards more acidic.

Dolomite limestone is used to counteract this, to “sweeten” the soil. It can do that, but that doesn’t mean it’s always a good thing.

First of all, minerals may or may not be leaching from your soil. If they are, it could be partially because of rain, but there are other reasons, too.

If your soil is low in organic matter, which is often the case, it probably can’t hold onto minerals very well, especially if it is low in clay and high in sand and silt. If you have lots of clay or organic matter, you probably don’t have much to worry about.

(Chemical fertilizers can cause a lot of acidity, so if you use them, that’s part of the problem, too.)

Whatever the cause, dolomite lime fertilizer is usually not the answer. Let’s look at why this form of garden lime is probably not what you want.

The main point I want to make is that even if minerals are leaching from your soil, it doesn’t make sense to blindly go back adding just two of them (the calcium and magnesium in dolomitic lime) without knowing you need them. You might already have too much of one of them.

Your soil needs a calcium to magnesium ratio of somewhere between 7:1 (sandier soils) and 10:1 (clayier soils).

Some soil consultants might use different numbers but everyone knows you need way more calcium than magnesium.

One of your most important goals in the garden is to add mineral fertilizers to move the calcium to magnesium ratio towards the correct range, based on a soil test.

The problem with dolomite lime? It has a calcium to magnesium ratio of 2:1. That’s way too much magnesium for most soils. Magnesium is certainly an essential mineral. Too much of it, however, causes many problems.

So if you add dolomitic lime to your lawn/garden every year, chances are you’re just causing more compaction and weed problems.

Here’s What My Books Say

The Anatomy of Life and Energy in Agriculture by Arden Andersen. “Magnesium is often overused in present-day agriculture…The main problem with dolomitic lime is that it contains too much magnesium…An additional drawback of dolomite limestone is that it is often contaminated with lead.”

The Non-Toxic Farming Handbook by Philip Wheeler and Ronald Ward. “Dolomitic lime (6% Mg minimum) – Also called dolomite, ag lime or magnesium limestone, it contains a relatively high amount of calcium as well as significant amounts of magnesium. Dolomite is recommended to correct calcium and magnesium deficiencies. Depending upon magnesium levels, dolomitic lime can often cause more harm and trouble, however, than its initial cost. Excess magnesium is often associated with soil stickiness, crusting, compaction, reduced aeration, and releasing nitrogen from the soil pound for pound. It can also cause both phosphorus and potassium deficiencies, lower the availability of calcium, allow organic matter to form aldehydes which kill beneficial soil bacteria and take the place of calcium in plants and soils which causes poor quality crops. Energy levels will usually be lower than high-calcium lime when compared with the soil or plant. This usually is a form of lime to avoid.”

The Art Of Balancing Soil Nutrients by William McKibben. “There are two kinds of limestone, calcitic and dolomitic, and calcitic is preferred unless your soil is deficient in magnesium. Excessive magnesium (contained in dolomite) can be detrimental by (1) causing some clay soils to crust, reducing aeration, (2) releasing soil nitrogen by causing formation of gaseous nitrogen oxides, (3) causing both phosphorus and potassium deficiencies in the soil, (4) causing effects similar to magnesium deficiency, (5) combining with aluminum to form a substance in plants toxic to livestock, (6) long with low calcium, allowing organic matter to form alcohol and formaldehyde when it decays, killing soil bacteria, (7) interfering with plants’ absorption of calcium and potassium, and (8) by taking the place of calcium in plant cells, giving rise to poor quality crops.”

Weeds, Control Without Poisons by Charles Walters. “When farmers have paid little attention to the character of the lime, they have often ended up with dolomite, and this has increased the concentration of magnesium to a point where it tightened up the clay particles. As a result soils hold water longer. They do not warm up. And they are subject to more complexed conditions and thorough compaction.”

When Should You Use Dolomitic Lime?

You should only use dolomite lime when you have a soil test showing a huge deficiency of magnesium in your soil, as well as a calcium deficiency.

Even then, calcium carbonate (aka calcitic lime or high-calcium lime) is generally the way to go because it has a small amount of magnesium and often a calcium to magnesium ratio of about 6:1, with a calcium content of 30% to 40% or more.

Instead of dolomitic lime, I use calcium carbonate regularly in my garden, but even then, only when I need it. A soil test is the main way to find out if you need it and I talk about soil nutrient testing often on my website.

Adding fertilizers based on the results of soil pH kits just doesn’t make any sense (that article will show you why).

If you have any thoughts or questions about dolomite lime, I’d love to hear them below.

And if you want to read more about how to properly lime your soil, go here.