Do you have too much compost? 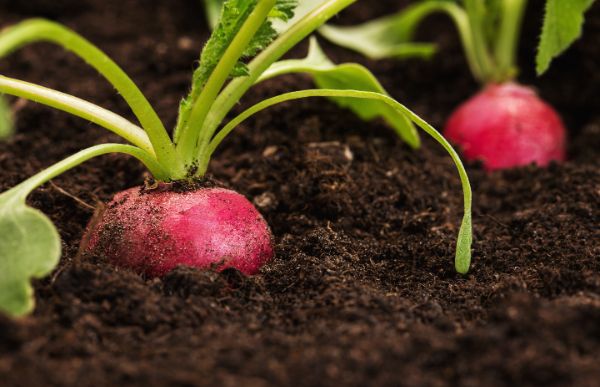 Microbes are the most important element of healthy soil.

The same goes for microorganisms. We generally need more of them.

That cause of their deficiency may be that we don’t have enough organic matter for them to eat, we have big monocultures in our landscape, we’ve used pesticides or chemical fertilizers, we’ve used drip irrigation or otherwise withheld water from the landscape, we’ve been tilling our soil, or even because of the generally toxic environment we live in with pollution, antibiotics and other pharmaceuticals around.

Most soils are lacking a healthy soil food web and we need to get the microorganisms back in there. Of course, we need to address these other issues at the same time too.

Remember, microbes make our soil healthy, feed and protect our plants, and clean our water. They even help to control weeds, insects, and diseases just by improving the health of the soil.

They’re vital to the success of our garden, and we can bring them in through composting, but it takes time.

Fortunately, there are some quick ways to inoculate our gardens with microbes. An additional benefit of using these methods over compost is that we can apply some of them not only to soil but directly onto the leaves. Although it doesn’t hurt to do this a few times a year, just doing it the first few times is the most important.

We’ve already seen how inoculants are important to use with your legumes, and when most people talk about inoculants, that’s generally what they’re talking about. There are new ones being developed all the time, but there are three I use regularly.

Two of them — compost tea and Effective Microorganisms (EM) — deserve their own articles, which will come later in this series. The third, mycorrhizal fungi, is below.

The reason I use these inoculants is that they’re tried and true, and I believe them to be the most important.

Many of the newer products are blends of just Bacillus species, which are beneficial, but in my opinion, are not even close to being as good as a mixture like EM. 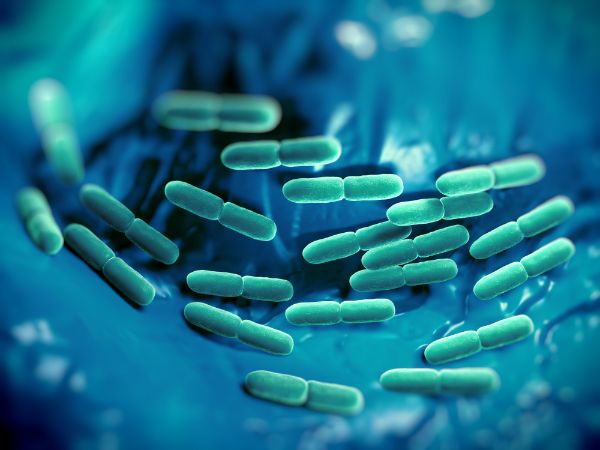 That being said, I’m sure there are some out there that are beneficial.

When to Use Microorganism Inoculants

All of these inoculants are best used during the growing season, especially during certain times of year — planting, high-stress situations, disease-prone times and spring and fall when microbes can most happily flourish.

It’s best to apply them in the morning or evening when there is a lower solar index or on a cloudy day, but this isn’t essential.

It’s also ideal to apply them right after rain or irrigation and after mowing the lawn.

If possible, compost tea and EM are preferably applied in relatively frequent, smaller doses, such as on a monthly basis, and weekly during stressful periods such as during disease season on grapes.

If applied through an irrigation system, EM is often used daily, but if applying it manually, such as through a backpack sprayer or hose-end sprayer, it’s often done monthly. For large areas, it may be done only two to three times per year.

If using spraying equipment, you’ll want to filter the compost tea and EM to get out any rock dust and other solids that are used during the brewing process. With EM, if the product container has been sitting for a while, the solids should have sunk to the bottom, so filtration may not be necessary until you get down to the bottom. 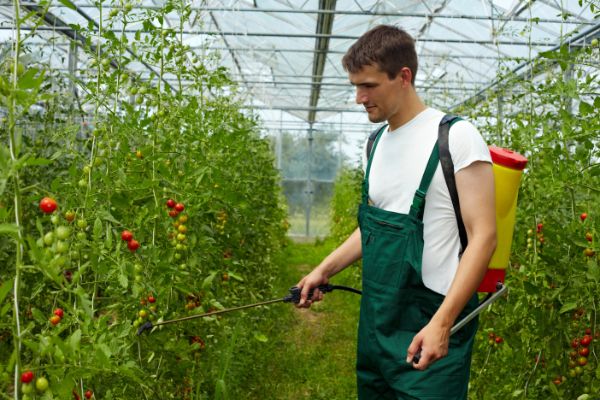 A backpack sprayer can be a convenient way to apply inoculants to many different areas. Some come with built-in filters.

I always like to apply microbial inoculants along with other biostimulants such as sea minerals, kelp, fish, humic acids, and molasses, or even multiple inoculants at the same time.

Before we get to purchased products, I should note that we can get some local microorganisms for our garden.

If you have a forest nearby, taking a few handfuls of soil and putting it into your compost pile or even into the garden will bring in some different microbes. A meadow or aquatic system will have yet other microbes.

We don’t want to be taking wheelbarrows full of soil out of these ecosystems, but a small amount won’t hurt. This is a simple, effective way of increasing microbial diversity.

Even more fun, we can culture our own microorganisms.

There are many methods, one of which is to gather Lactobacillus bacteria, which are especially beneficial microbes. Personally, I have mostly just done this for fun because they also come in EM, which I believe is much more useful.

Still, culturing Lactobacillus is a fun experiment and is useful for people who can’t or don’t want to bring in many external inputs.

I discovered how to do this from reading a transcript of a talk given by Gil A. Carandang of Herbana Farms in the Philippines.

The way to do it is with some rice and milk. Rinse a small amount of rice and pour that rinse water into a container, leaving the container 50-75% empty and putting on a loose lid so that air can still get in. The rice can be used elsewhere but is not needed anymore for this process.

Keep the container at room temperature out of the sun for seven days. Once you see a thin film on the surface, strain the liquid into a bigger container and add ten times as much milk.

In another week or so you may have some solids floating on top that can go into the soil or compost, and a clear, yellow fluid underneath that contains the bacteria.

Separate this fluid into another container and add an equal amount of molasses to keep the bacteria well fed. Store it in the fridge until you’re ready to use it.

Mix it with 20 parts non-chlorinated water and spray it on plants, soil and compost. 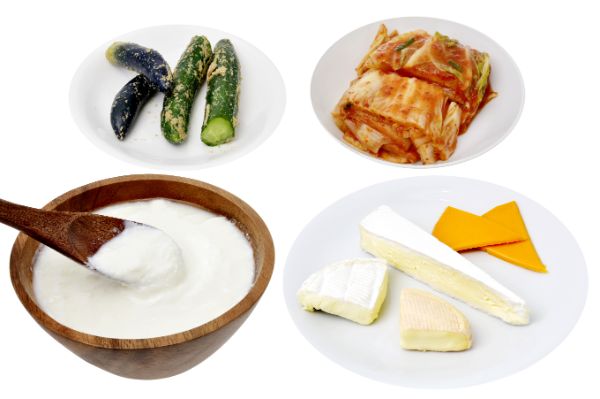 Some foods made using lactobacillus in the fermentation process, which are highly beneficial for the health of the intestinal flora and the whole body.

Over 90% of plant species form symbiotic relationships with mycorrhizal fungi.

The fungi provide nutrients and water to their host plants in exchange for carbohydrates and other goodies. In fact, plants will trade over 50% of their carbohydrates with these fungi and other microorganisms.

Mycorrhizal fungi greatly improve soil characteristics and are among the most important microbes that form relationships with plants.

This is another of those microorganisms that should be in our soil but often isn’t anymore. In soil that has been tilled, compacted, waterlogged, treated with chemicals, or left without plant cover, mycorrhizal fungi may be seriously lacking.

They aren’t present in imported topsoil or potting soil mixtures either and don’t multiply in compost. In any of these scenarios, microbes need to be added back to the soil, especially when planting or seeding, as they’re essential for optimum plant health.

We can inoculate our plants with mycorrhizal fungi by taking just a small bucket of soil from a healthy environment that contains the right fungi, or by buying a product from a garden center or online.

While the first method sounds like more fun to me, I’ve always gravitated to the second because I know what I’m getting.

There are two main categories of mycorrhizal fungi.

Over 90% of plants form relationships with endomycorrhizal fungi, also called arbuscular mycorrhizal (AM) fungi. You need them for most of your vegetables, grasses and many ornamentals.

About 5% of plants, including many conifers and some deciduous trees, form relationships with ectomycorrhizal fungi. When you’re planting a mix of plants, you can often buy a mixture of endo/ecto fungi and just use that for everything.

There are some plants that generally do not form relationships with mycorrhizal fungi.

The Ericaceae family: rhododendrons, blueberries and cranberries form relationships with a different kind of mycorrhizal fungi that can be difficult to find for purchase, but it is out there. 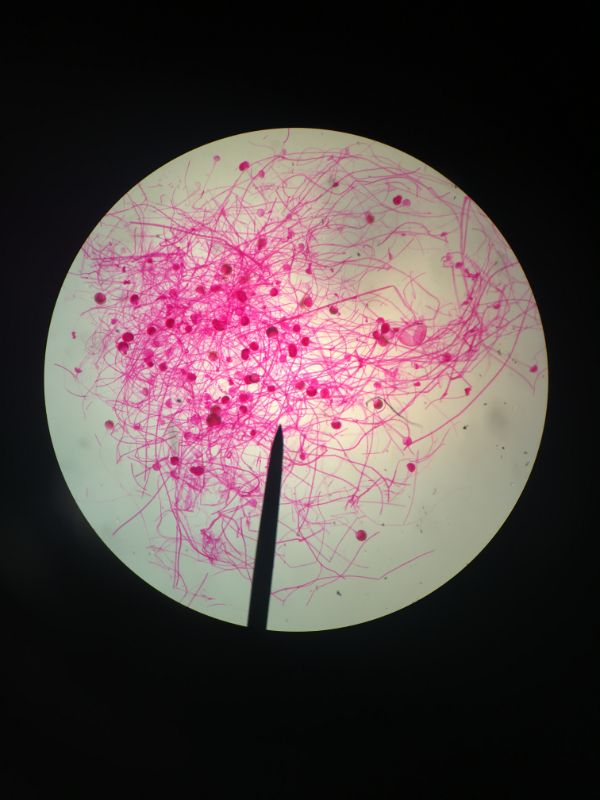 Mycorrhizae through a microscope.

The best time to apply mycorrhizal fungi is at the nursery during the plant production stage, but since your plants probably didn’t have that done, the next best time is at planting/seeding/sodding.

This will allow you to establish contact between the fungi and plant roots, which is important because that’s where the relationship occurs. There’s no benefit to foliar feeding with mycorrhizal fungi, as they need to touch the roots.

We can, however, mix them with biostimulants before application. This inoculant shouldn’t need to be applied more than once unless other factors are harming them.

Rub the fungi directly on the root ball if possible, or sprinkle in the planting hole.

For seed, mix it dry with the seed before spreading.

For sod, get a powder form of the fungi, mix with water, and spray it on the soil right before you lay the sod, or even better, spray right on the bottom of the sod rolls. You could spray it on afterward as well and water it down to the root zone.

While not as good, the other choice is to apply the product to existing landscapes. The powder form is best for mixing with water to get the spores to infiltrate into the soil. For turf, it’s better to do this right after aerating so more of the spores get down to the roots. Otherwise, it can be watered in, but will not be as effective on heavy clay or very compacted soils.

For more info on mycorrhizal fungi, here’s my main page on them.

There are hundreds of new microorganism inoculants coming onto the market.

Some of the important microbes are in EM, but a few others are showing promise. I haven’t seen any research that would lead me to believe they are better than EM, but they can provide many benefits and they’re making their way into similar inoculants, such as the ones I like from Tainio Technology and Technique.

Azotobacter and Azospirillum are soil-dwelling, aerobic and facultative anaerobic microbes, some of which can fix nitrogen on their own, without needing a legume host. 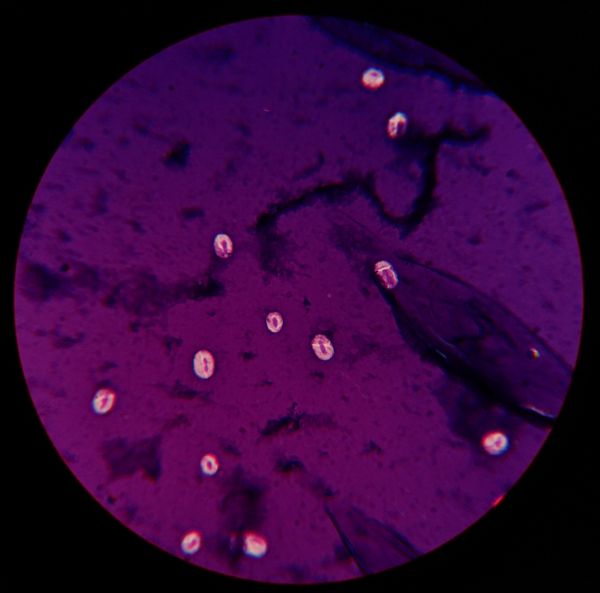 Perhaps more important than the nitrogen, they also manufacture B vitamins, hormones and many useful bioactive substances that both protect and feed plant roots.

Trichoderma is another kind of fungi that is receiving a lot of attention.

They aren’t mycorrhizal, but they colonize plant roots, improve plant growth and are especially noted for controlling nearly all types of soil diseases. They’re present in all healthy soils and are often the most prevalent fungi. They can be purchased as an inoculant, as well.

0
0
Your Cart
Your cart is empty
Calculate Shipping