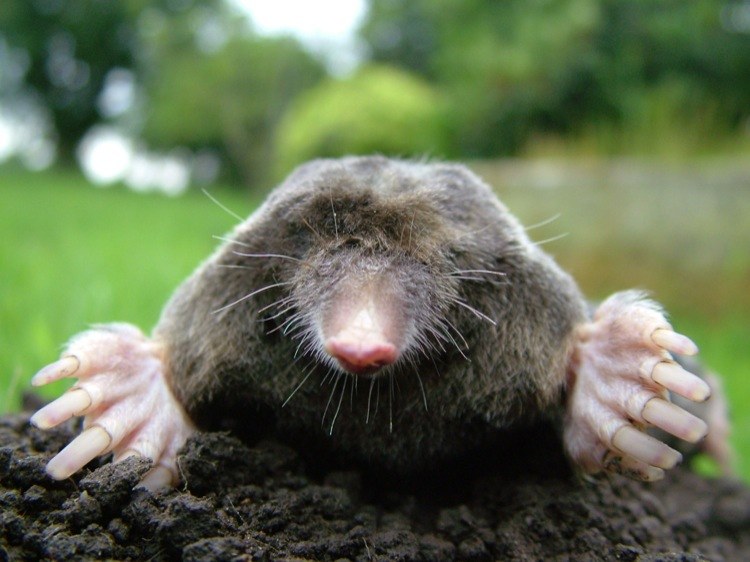 Close-up of mole by Michael David Hill is licensed under CC BY-SA 3.0

So, you want to know how to get rid of moles and voles (and gophers)?

First of all, moles are great!

They plow the soil and eat insects such as grubs.

Of course, they do leave behind some tunnels.

And while they don’t eat your plants, they can disturb them.

We may not mind a few tunnels, but when it gets to be too many, it can leave an unsightly mess of molehills, uneven soil and brown ridges in the lawn. 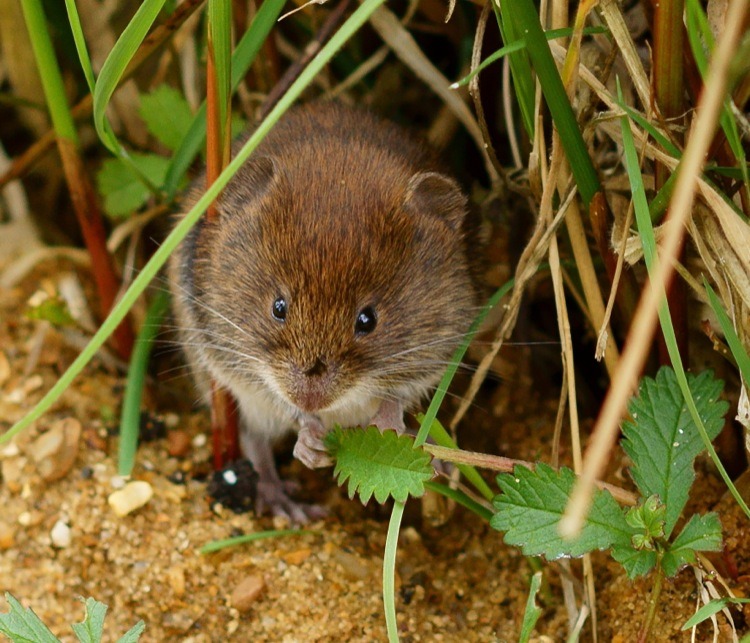 Bank Vole by Peter Trimming is licensed under CC BY 2.0

As for voles, they’re the ones that eat plants directly (as do gophers), so can cause even more of a problem (moles just eat insects and earthworms).

If you don’t know what you’re dealing with, moles leave the big volcano-like mounds, whereas voles leave 2 inch wide paths, but no mounds (and gopher’s leave a horseshoe-shaped mound).

(This article isn’t specifically about gophers, but some of the methods below will apply to them, too).

Before we talk about getting rid of moles and voles, in terms of prevention, both of them like moisture, so if you don’t irrigate, the soil will be less attractive to them.

They also prefer sandy soil over clay, but it’s almost impossible to change soil texture, so we can’t do much there.

How To Get Rid Of Moles And Voles – Top Methods

Here is my list, roughly from simplest to more involved.

You may need to try a few methods because what works great for one situation may not, for whatever reason, work for you.

For things that you place into their tunnels, you need to find an active tunnel. If you’re not sure if a tunnel is active, cover the hole with a bit of soil and see if the mole or vole clears it away within a couple of days.

Feel free to add your experiences with getting rid of moles or voles in the comments section below.

Cayenne powder. This very hot pepper will deter a lot of animals from your garden. You can sprinkle it directly into mole holes or mix with water and spray it. Cayenne is also mixed with garlic, vegetable oil, soap and water to make a natural insecticide. It can be useful to keep pets out of your gardens, too, although it is a bit of a mean tactic. 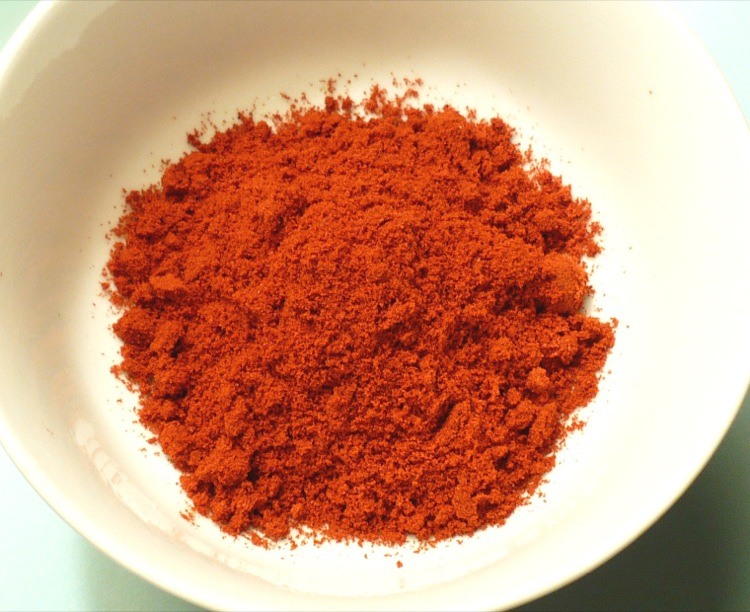 Smelly things. Some people have success getting rid of moles and voles with garlic or onion, fish, rotten food (especially cheese and yogurt), or walnut leaves. Place them down into the mole/vole tunnels. 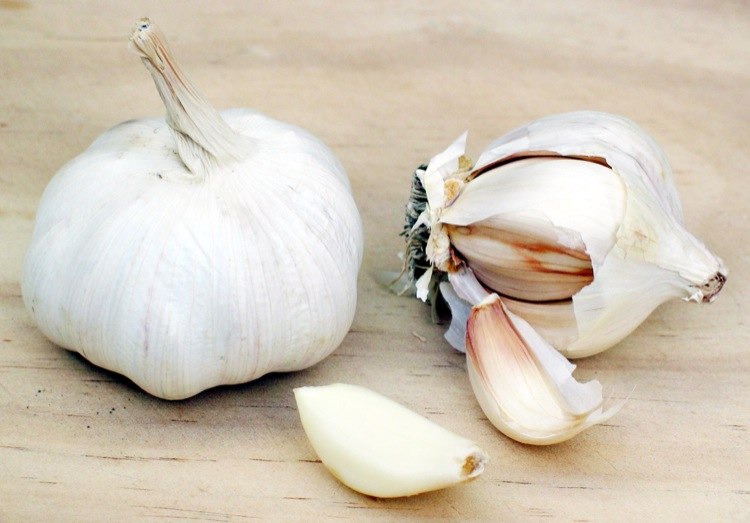 Garlic by Donovan Govan is licensed under CC BY-SA 3.0

Cat. If you already have a cat, some cats are good mole and vole hunters, or sometimes the cat’s smell will repel them. I wonder if a dog’s smell can be similarly helpful if they spend a lot of time hanging out in the yard. Certainly just having animals in the yard can keep moles away because they don’t like noise and vibrations.

That said, here’s a comment I received from Christina: “I realize some have found cats to be good in controlling their mole populations but they are also responsible for killing millions of song birds in the U.S. every year. Along with all the other challenges facing our beneficial birds, such as pollution, habitat loss, etc. etc., cats allowed outside are devastating their numbers. It’s also harmful to most cats as well as they become prey themselves to dogs, coyotes, raccoons, disease, getting run over by cars, etc. So, if at all possible, please keep your cat indoors…he/she will live a lot longer, healthier life and we’ll have many more songbirds to enjoy!” 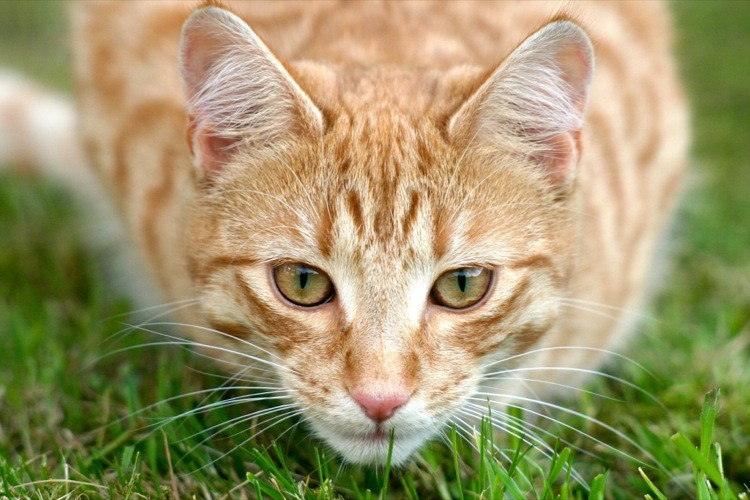 Noise. Loud noises can get rid of moles and voles. A small radio or speaker put down into the tunnel can work. I’ve also read about solar powered devices that send out signals, but the reviews are mixed on those. A simpler noise maker is to cut the top off a few glass bottles and stick them diagonally into the ground around mole hills so the wind causes noises the moles don’t like. They don’t like vibrations either, so if you can put little wind spinners/windmills near the holes, that can be enough to encourage them to go away. 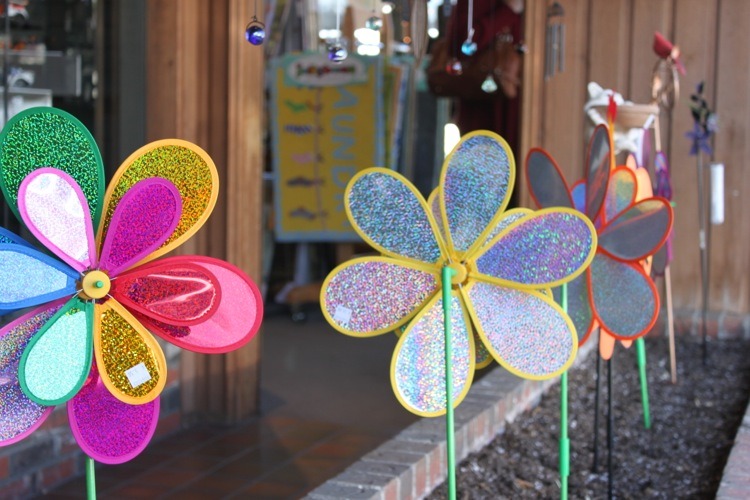 Flower Pinwheels by Doug Hay is licensed under CC BY 2.0

Neem Oil. One of the reasons I wrote this post is because during my research for last week’s post on neem oil, I learned that it can work indirectly to dissuade moles. That’s because one of their main food sources is grubs. If you can decrease your grubs, you can decrease your moles. Neem oil can be effective against grubs, including the larval stage of Japanese beetles, so if you have a mole problem and a grub or Japanese beetle problem, neem oil may be the solution for you. That being said, using beneficial nematodes for grubs is a more tried and true strategy, so I recommend that over neem oil for now. 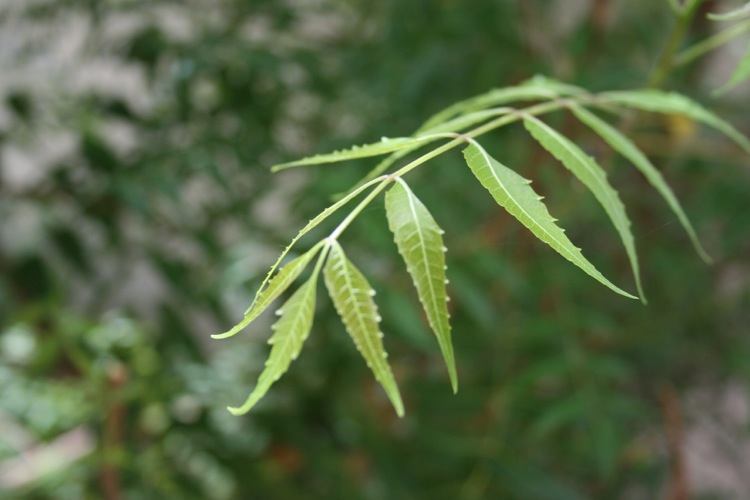 Castor oil. This oil comes from the seeds of the castor bean plant and can sometimes be effective for moles. Mix 1 cup of castor oil with 2 tablespoons of liquid soap per gallon of water and spray it monthly over the lawn and soil and into their tunnels, and again after each big rain. Castor seeds can also be sprinkled in the garden in strategic places, but they contain ricin which is a highly toxic poison, so handle with care. 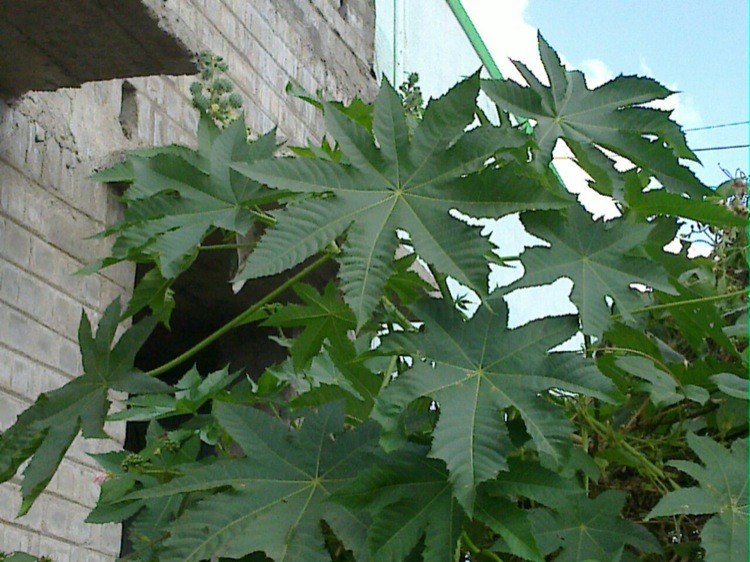 A-Castor oil plant by Parvathisri is licensed under CC BY-SA 3.0

Plants. There are a few plants that can be effective for getting rid of moles. The most notorious is Euphorbia lathyris, also known as mole plant. It’s a beautiful, self-seeding biennial in zones 5-9. It is considered invasive, so you might want to remove the flowers before it goes to seed. The castor bean plant discussed above is also a good choice. Unfortunately, both are poisonous, so if you have children or pets, you’ll want to avoid them. Other potentially useful options are chocolate lilies and garlic. 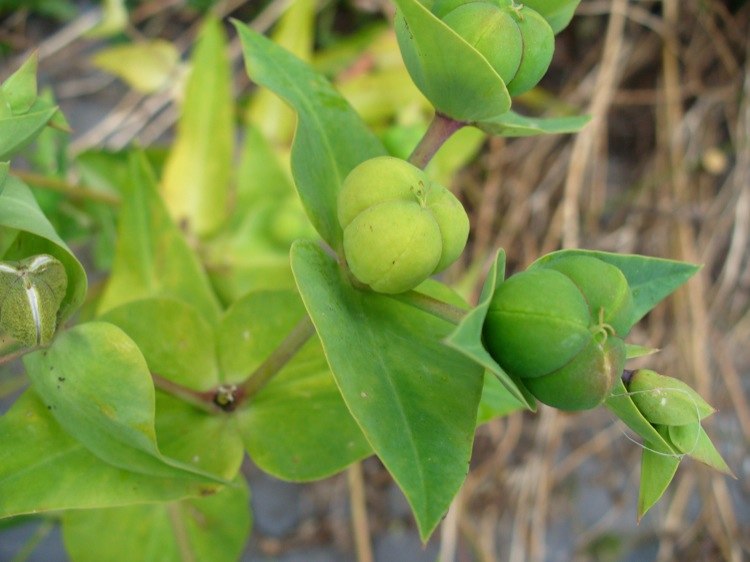 Barriers. Hardware cloth or any similar kind of wire mesh can be installed vertically around the garden, like a short fence, to a depth of 30 inches and a height above ground of 6 inches for moles (or 24 inches above ground for voles). Or if you can’t do the whole garden, you can install it around certain beds or even just your trees. 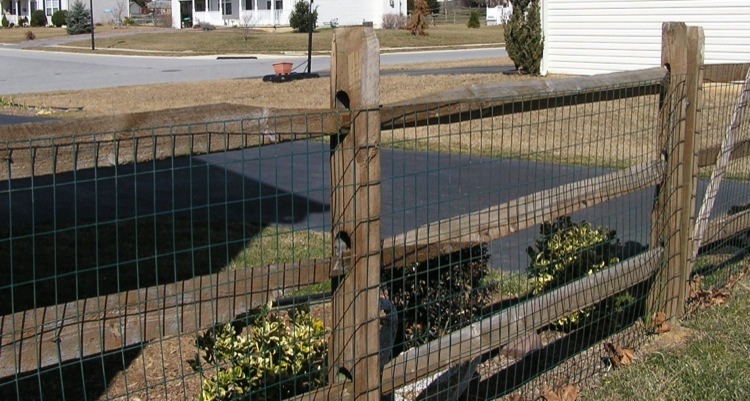 A mortised split-rail fence in suburban America is licensed under CC BY-SA 3.0

Mousetrap. Wash a traditional mouse trap or live trap with soapy water to remove any smells, because moles won’t get near it if it smells like you. Then put an earthworm, insect or peanut butter into the trap and place it in a mole hole or right beside the hole with a shoe box to cover it and a brick or rock on top to keep it from blowing away. 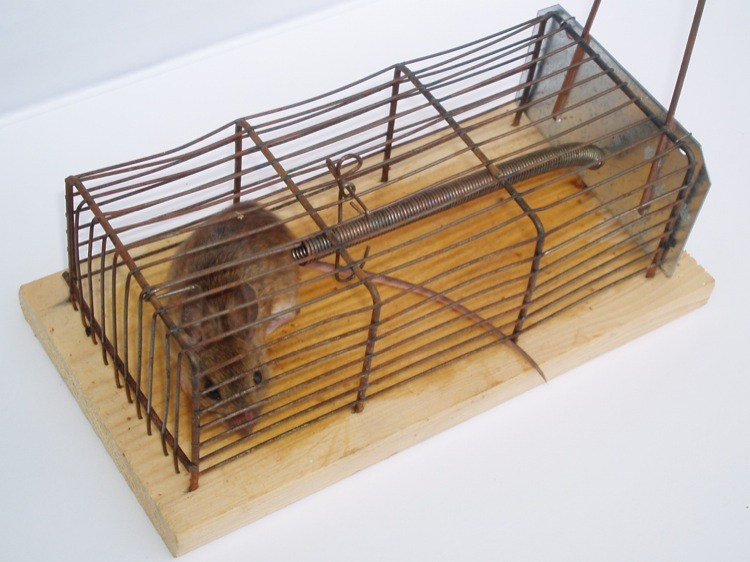 Mole trap. Another option for how to get rid of moles and voles is to trap them with a mole trap, which you can purchase online or from a hardware store. You can get a live trap, or if it’s legal in your state/province and you’ve had it up to here, a killing trap. 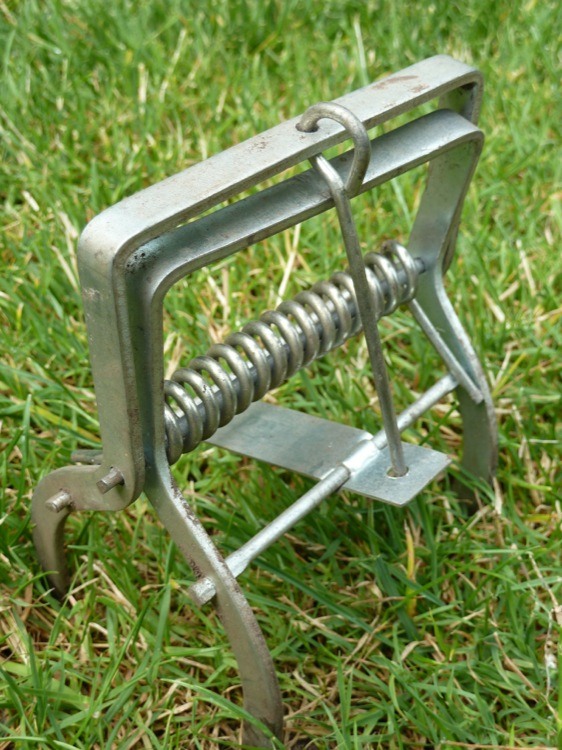 Personally, I don’t use poisons in my garden, so I’m not sure of any of these options, but I’ll list the two I know and I bet there are more:

Moth balls. Some people have success with sprinkling moth balls over the lawn and in the tunnels of moles and voles. It is a chemical pesticide, so I don’t use them, and there are more effective solutions up above. 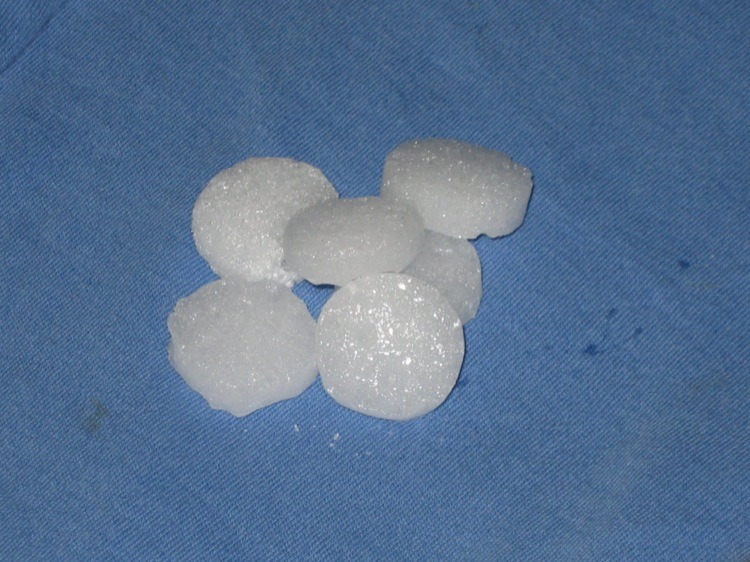 Ammonia. Some people have success pouring ammonia down the holes. 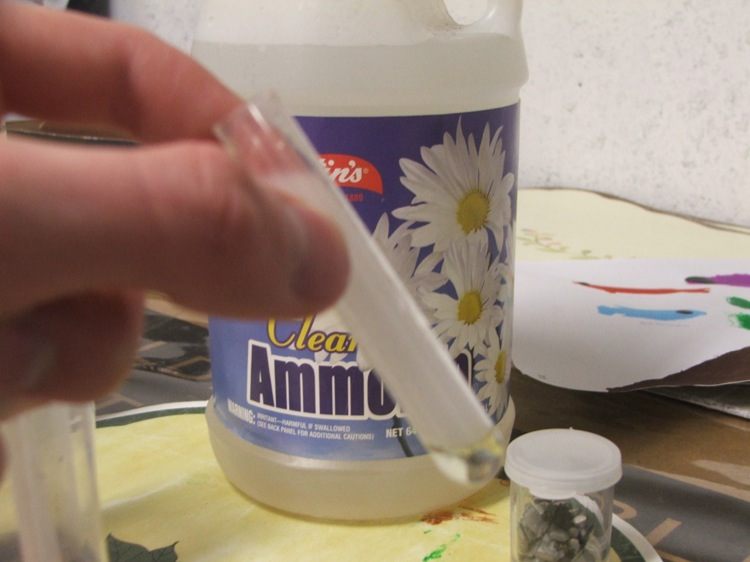 How do you get rid of moles and voles? Have you tried any of the above with or without success? Or do you have another method we should know about?

Let us know down below. Hopefully we can expand my list even further…