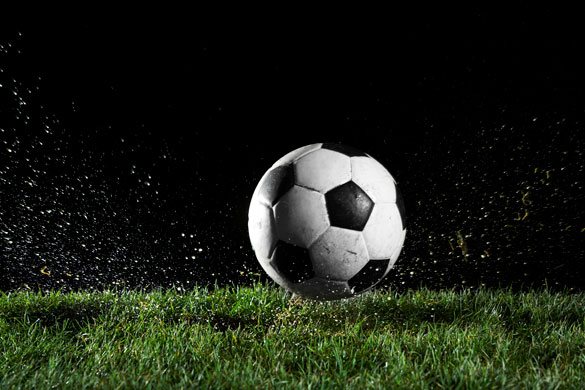 Lawn rolling compacts the soil, the opposite of our goals

The local lawn care company won’t tell you this, but lawn dethatching and lawn rolling aren’t necessary or even beneficial.

Lawn dethatching – also called power raking – is done to rip out thatch, which is composed of the ligneous parts of the grass – rhizomes, stolons and crowns. Note that thatch is not caused by grass clippings.

Lawn dethatching is an aggressive practice that injures much of the living grass and creates bare patches that weeds will be happy to fill in before any grass seed you have put down. Taking away all of this organic matter is also a shame when it would be much better left to decompose than taken away.

Ah, but the problem is that it is not decomposing fast enough, which is why it is building up. So instead, we should be fixing the root cause of the problem instead of putting a band-aid on the symptom.

The root cause of the problem is that you don’t have the microbial diversity and numbers in your organic garden to break down this ligneous material. Lignins are difficult to break down and fungi do most of the work there. So where are your fungi? Does lawn dethatching provide them?

Fungi and other beneficial microorganisms need a healthy environment in which to live, just like the grass plants and just like us. They need just the right amount of water, air and food in the form of organic matter. They get very cranky when you apply pesticides or chemical fertilizers.

Are you irrigating enough? Too much? Are you removing the grass clippings, their main food source. Does your soil have organic matter in it? Does it have enough air?

Thatch is exacerbated by cutting the grass too short and applying too much nitrogen, especially chemical nitrogen, as true organic lawn fertilizer is generally more slowly released. Lawn dethatching also makes thatch worse in the long term because it injures a lot of the ligneous plant parts, turning them into thatch, and it removes the food for the microbes.

So the solution is to use good organic gardening practices to improve your soil and your lawn. It takes a little while to do that. If your thatch problem is really bad, lawn dethatching one time only may be helpful to get a fresh start, but you must be sure to address the root cause of the problem.

Most of the time, dethatching just makes things worse.

Lawn rolling is often useful during the installation process, but that is pretty much the only time it is useful.

An uneven surface caused by frost heaving and rodent tunnels will largely correct itself, but if you’re trying to keep a very even playing surface for sports, rolling lawn with a light roller will help without causing as much damage.

Other than that, lawn rolling is not done in organic gardening.

But there is something you can do that might be useful if done right, and that is Aerating A Lawn With A Lawn Core Aerator.

Do you have any questions about lawn dethatching or rolling lawn? Let me know below.