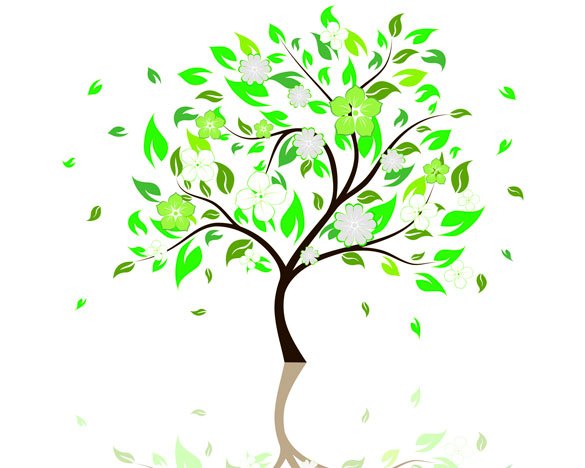 Planting balled and burlapped trees is easy once you know how to do it. I have already talked about Planting Trees In Pots, and the technique is the same with b&b.

The worst is when the burlap is wrapped around the trunk and tied tightly with string. This may be okay at the nursery, but not in the ground.

Burlap is often treated with copper sulfate or other synthetics because it stays intact longer and keeps a tight root ball. We don’t want that in our organic gardening arsenal.

The string that ties it together is often synthetic, too. Treated burlap is often hard to recognize. It can have a green color early in its life, but that fades.

When planting balled and burlapped trees, the roots may escape the burlap, but maybe not. Trees have died and been dug up decades after they were planted with the synthetic burlap still intact. Sometimes the burlap will decay, but the string will strangle the trunk.

Natural burlap and string is sometimes used instead, which is great for organic gardening. Traditionally, it has decayed within a few months under the right conditions, although they are finding ways to make it last longer. Good for the grower and the garden center, but not good once in the soil.

When you take the burlap off, the rootball won’t fall apart unless it has a poor root system, which may be the case if it wasn’t root pruned in the nursery. You don’t want that tree anyway.

At the very least, take the string off and the top part of the burlap. If you fold it over, it takes longer to break down, so cut it off instead.

Wire baskets are used with big b&b plants to make them easier to move.

Tree roots can often grow around the wire without being hurt, but they are also often found to be the cause of poor health in trees when they damage the root from the inside out. The tree may just never reach a healthy state and hence always be covered in plant-feeding insects and diseases.

Wire is not as big of a problem as burlap and fiber, but if the wire is left on, that means the burlap and string is often left on, with the problems discussed above.

At the very least, the consensus is you should cut back the top 12”-18” of the basket, but if you’re going that far, get as much as you can.

When planting balled and burlapped trees and wire baskets, do your best to use the correct planting width and then remove the burlap, string and possibly wire or as much of them as you can. If they fall apart, they did not have a strong root system anyway and you should take them back to the nursery or at least not buy from there again.

Better yet, find out before you buy if they will guarantee them when you remove the pot and burlap, and if they will take them back if the root system is not ready for prime time.

Feel free to post any questions or counter-arguments below.